Artificial intelligence once again set off waves. A mystery account called â€œMasterâ€ swept across many online Go platforms in the strongest players in Japan and Korea, winning 60 games in a row. Then Google released the answer, Master is an upgraded version of the "Alpha dog." This scene of the film like the film "Terminator", Arnold Schwarzenegger slammed "I will be back." Go was once regarded as the last bastion of human wisdom. The reason is that the changes in Go are extremely complicated. Even a computer with unparalleled ability cannot exhaust all the changes in the 361 points of the chessboard. Therefore, it is not difficult to imagine that the "Alpha Dog" blood wash top Go national player to bring shock to people. What happens if "Alpha Dogs" stocks go? Alpha Dog is just a microcosm of artificial intelligence. Then will there be a "stock-dog" with strong artificial intelligence? Dai Wenyuan, an artificial intelligence expert, said that the financial and securities sector will become the next target of "acquisition and capture" of artificial intelligence: "I think that if you look at an industry, will there be artificial intelligence, that is, two conditions, one is data and the other is value. Why do we predict that the financial sector will become the next industry for artificial intelligence to enter, mainly to look at these two prerequisites.â€ In fact, one fact that surprised many people is that in the eyes of some programmers, the stock market is more than Go. simple. The variables in the stock market and the algorithms involved, as far as the program itself is concerned, may not have the "Go" complex of human intelligence peaks. In fact, the seeds of artificial intelligence have long been sown in the field of financial securities. Especially in the field of securities, the intervention of â€œstocking dogsâ€ may have exceeded the imagination of ordinary people. 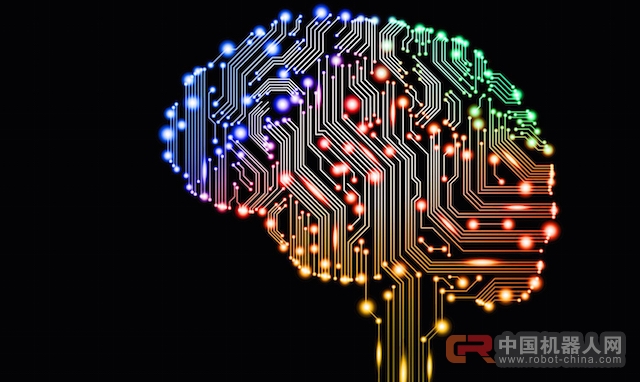 In the first half of last year, there were startup companies in foreign countries who completely handed over all the stock transactions in the hedge funds they managed to artificial intelligence, without any human intervention. Even more shocking is that it is said that artificial intelligence engines responsible for various trading systems can not only analyze data, research reports, and even â€œget togetherâ€ to make market predictions, and then â€œvote outâ€ best market decisions. In this sense, the application of artificial intelligence in the securities field has long been less familiar than those simple operations such as quantitative modeling and high-frequency trading. Will artificial intelligence wipe out traders and retail investors? At present, artificial intelligence is becoming the new darling of the financial industry just like the "driving without a driver" in the automotive world. For example, intelligent investors, investors give money to the robot to take care of, without manual operation. Looking around the world, large financial institutions such as Morgan Stanley, Goldman Sachs, and Bank of Montreal are all laying out smart investment plans. On the domestic market, Internet finance companies are investing more in smart investment. Intelligent investment promotion diversifies investment through the asset allocation mode set by computers, with high transparency, low costs, and less interference from objective factors. Hu Jinhui, chief technology officer of Yixin Rice Rice, took the day of Brexit in the United Kingdom, an example of the fluctuation of global financial markets. "If you were investing in an Italian index fund that day, the day's drop was 12% and you lost 12% in one day. If you bought the Nasdaq on that day, you would lose 4% more on that day. If you buy a rice index fund, RA, even with the highest risk, has a loss of only 2.73%.â€ In fact, through deep learning and evolutionary algorithms, artificial intelligence can virtualize a group of traders through its own system, and then let this group of virtual traders genetically modify each other's PK. Among them, competition and elimination are trillion grades, and the most elite traders are selected. On this basis, they also have deep neural networks. They may also find that humans cannot find logic, but they do have characteristics that they then trade. In this case, the existing traders and retailers will find it difficult to match. However, Internet experts said that this change also means human progress: â€œOverall technological revolutions in history, from the steam engine revolution, to the electrical revolution, to the information revolution, to the current artificial intelligence revolution. A technological revolution will destroy many industries and occupations in the short term, but in the longer period, it will create more new careers. For example, there was no one occupation 100 years ago: programmers, but now the program The staff is an ordinary profession. Then in the era of artificial intelligence, there will be a lot of new career posts.â€ Yang Guang comments: Artificial intelligence brings hope, not despair, to the financial industry. Alpha Dog defeated the entire game. The world is shocking. In many scenes of human life, the tremendous advances in computer computing capabilities are also â€œcrunchingâ€ all aspects of human beings that they once took pride in. The financial industry is no exception. For the financial industry, strong information reserve management capabilities, accurate rational analysis and high-speed decisions are the future directions, and this is the strength of artificial intelligence. For example, the average fund manager personally tracks the number of stocks under research within 50, and big data using artificial intelligence can cover all the stocks in the market. At the same time, artificial intelligence has stronger information processing capabilities and more diversified investment strategies. It can also avoid human subjectivity and is relatively more objective and fair. However, these advantages do not mean that the financial industry will be replaced by artificial intelligence because even the most advanced artificial intelligence trading algorithm systems cannot be creatively thought like humans. Therefore, the ideal financial management in the future should be human and artificial intelligence. The combination of the two forces is used simultaneously. Therefore, from a comprehensive and forward-looking point of view, it is not despair that artificial intelligence brings to the financial industry. Rather, it is hope that it is the key to creating a new financial ecology in the future and opening up the financial industry.