Last week, Qualcomm filed a lawsuit against Meizu for 3G and 4G communications patents, which quickly triggered industry attention, and the outside world also published a multi-angle interpretation of the incident. This afternoon, Mei Nanâ€™s vice president Li Nan held a media communication meeting on Qualcommâ€™s lawsuit in Beijing. What key points are worthy of attention?

On June 24, Qualcomm announced that it had submitted a complaint against Meizu to the Beijing Intellectual Property Court, requesting the court to rule that Qualcommâ€™s patent licensing conditions for Meizu were in compliance with the provisions of the Anti-Monopoly Law of the Peopleâ€™s Republic of China and the fairness of Qualcomm. Reasonable and non-discriminatory licensing obligations. The complaint also requested the court to decide the Qualcomm's patent license conditions for Meizu, which form the basis of the patent license agreement between Qualcomm and Meizu for the Qualcomm China basic patent implemented in the mobile terminal. The aforementioned Qualcomm China basic patents include patents related to 3G (WCDMA and CDMA2000) and 4G (LTE) wireless communication standards.

It is reported that the content of the patent license agreement provided by Qualcomm to Meizu is consistent with the terms submitted by Qualcomm to the China National Development and Reform Commission in 2015 and approved by the National Development and Reform Commission. Qualcomm said that Meizu has always lacked the willingness to negotiate a patent license agreement with Qualcomm on the basis of the aforementioned rectification program. At the same time, Meizu continues to unfairly exploit Qualcomm's innovations to expand its business and refuses to pay Qualcomm the cost of using its valuable technology. In sharp contrast, more than 100 Chinese companies have accepted the terms of the above-mentioned rectification program, including the largest Chinese mobile phone manufacturers.

Meizu Technology held a media communication meeting in Beijing on the afternoon of June 28 to respond to Qualcommâ€™s complaint that Meizu infringed its 3G and 4G patents.

Li Nan, vice president of Meizu Company, presided over the communication meeting, saying that Meizu would actively respond to the lawsuit. At the same time, it claimed that Qualcomm's patent negotiation was like a "black box". The outside world could not see it, and it could not be transparent.

Before the start of the communication meeting, Li Nan, vice president of Meizu Technology, prepared a black box made of plastic for each media in the room. 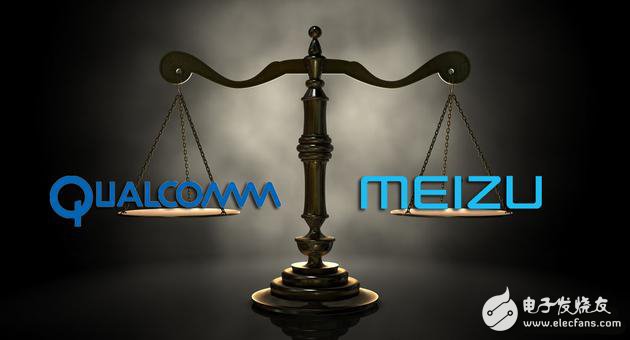 Li Nan said that Meizu has been negotiating with Qualcomm on patent licensing, but the results of the negotiations cannot be made public, as if the black box in the hands of every media: it is there, but you can't make it public. It is impossible for the outside world to know the contents.

The communication will be full, although Li Nan acknowledges the infringement, but his speech is very skillful, and more is to introduce the topic into Qualcomm's unreasonable authorization fee mechanism.

Magnetic AC Contactor is divided into AC Contactors (voltage AC) and DC contactors (voltage DC),which are used in power,distribution and power applications.In electrical engineering, because it can quickly cut off the AC and DC main circuits and devices that can be frequently switched on with high current control (up to 800A),Magnetic AC Contactor is often used as a control object for motors, as well as for controlling plant equipment. The electric load of the electric heater, the working machine and various power units, the AC Contactor/DC Contactor can not only turn on and off the circuit, but also has a low voltage release protection. The AC/DC Contactor has a large control capacity and is suitable for frequent operation and remote control. It is one of the important components in the automatic control system.

AC Contactor is our mainly products,we have our own research and development team,we are always commited to provide the good quality,best service to all of our clients.Our AC Contactor had experienced many changes,so you can see that Economic AC Contactor-New AC Contactor-Super AC Contactor,also have LC1-F AC Contactor etc,in order meet different kinds of customer's requirements.