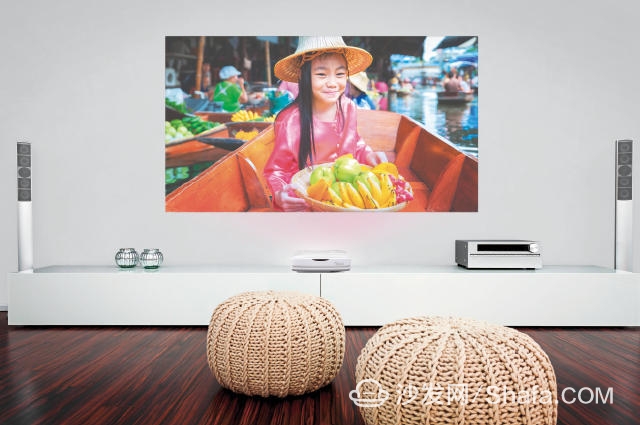 There are many brands of laser televisions on the market, but the LCT100 launched by Optoma is undoubtedly the most noteworthy one. Because, it is the only laser TV launched by the professional projector brand so far.

Although the establishment of the living room theater is simpler than the independent audio-visual room theater, it also has its own problems. First of all, we must face the disturbance of the natural light in the living room. Since the TV set is self-illuminating, it can effectively counter the ambient light in the living room. The projector needs to project light onto the curtain and reflect it back. The ambient light has great influence on it. The LCT100100 laser projection living room theater is specially equipped with a high quality light curtain. This kind of curtain is specially designed to resist the occasion of ambient light, which can effectively prevent the ambient light from affecting the projection screen and display a clear and bright projection screen. The picture is soft and smooth, and it is not easy to watch the eye fatigue for a long time, which can effectively protect the eyes. And wide viewing angle, according to the actual test reached 160 degrees. 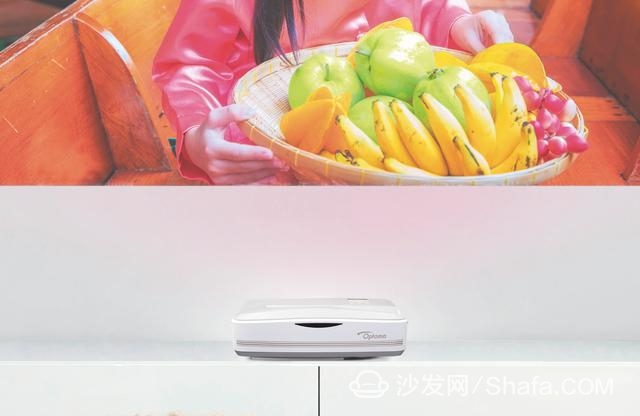 "TV" placed on the TV cabinet

In many people's minds, the projector should require a certain projection distance, and the Optoma LCT100 laser over the living room theater is comparable to the TV, in addition to the light curtain, there is an important factor is to be placed A 100-inch screen is projected on the TV cabinet. The LCT100 ultra-throw projector has a projection ratio of only 0.25:1 for a super-short-throw projector, and a large 100-inch screen requires only 60 cm (screen to lens). Therefore, the LCT100 laser over-the-art living room theater has been renovated. For the family, it is the best choice for a living room theater. Because it can be pre-wired, it can be placed on the TV cabinet when used. 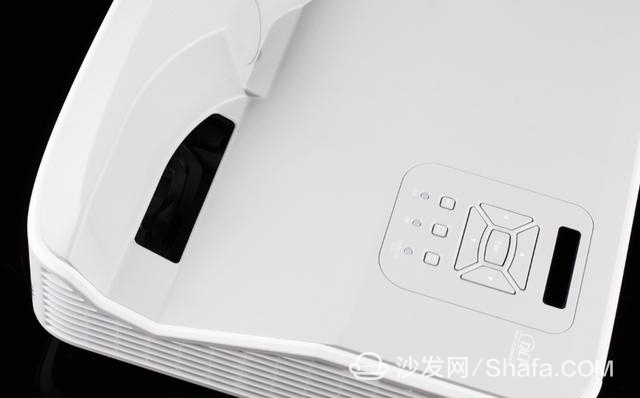 However, like all other similar products, the LCT100 laser-overshoot living room cinema uses a fixed-focus lens. Changing the screen size requires moving the body position. However, in my experience, once the body position and screen size have been determined, it should not be easy. Move, because you want to adjust the perfect picture is not an easy thing. In addition, it is necessary to pay attention to the slider below the side of the fuselage toggle device, which is used to focus, to ensure the clarity of the picture, because the location is more subtle, not easy to find. 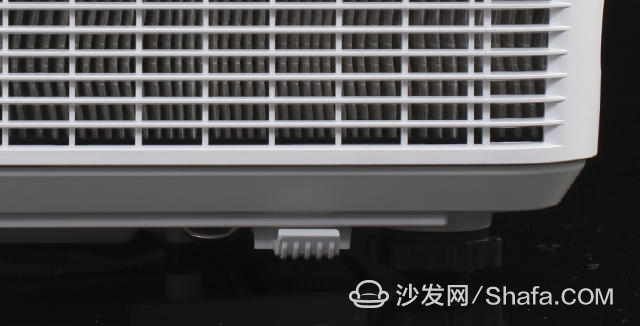 Those who know well the projector know that the projector needs a certain amount of waiting time to start up and shut down, especially if it is turned off, it is necessary to wait until the cooling fan stops working to power off the projector. Otherwise, the projector lamp may be easily damaged. The advantages of the laser light source used in the Optoma LCT100 laser over the living room theater are reflected in this aspect, not only can quickly boot, but also able to quickly shut down. The most critical is that the LCT100 laser over-the-art living room theater will not exhibit significant brightness decay after 1,000 to 2,000 hours as a conventional projector using an ordinary light bulb, but will have a 20,000-hour life comparable to that of a TV set. 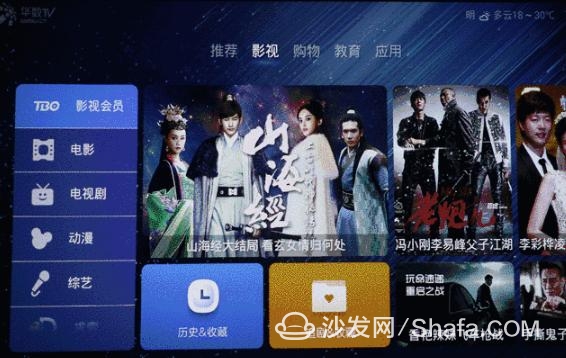 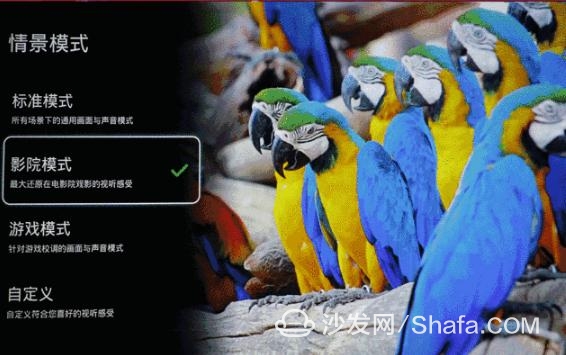 Since custom settings don't have much adjustment, I chose the default "theater mode" because this should be the mode that most people will choose. So, what is the picture quality of LCT100 laser over-the-art living room cinema in this mode? Let's take a look at a few test data first. 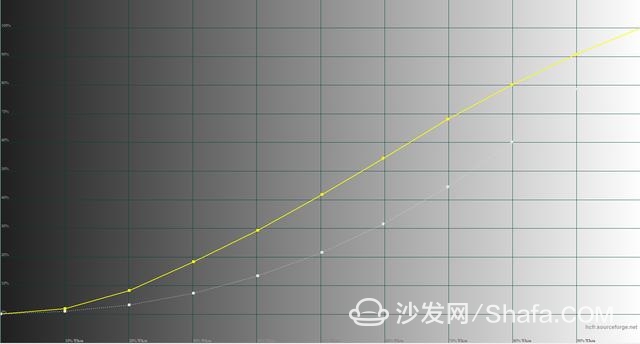 From the brightness curve diagram, its brightness is obviously higher than the reference line, which is normal. From the specification parameters, the brightness of the LCT100 reaches 3,000 lumens, which means that in addition to using the anti-light curtain, it also needs to use high Brightness against ambient light.

From the RGB color chart, the red and yellow colors are basically flat with the reference line, but the blue color is high. The reason why the blue color is high is that the LCT100 uses a blue laser as the main light source. The light emitted by the blue laser is separated into red, green and blue by the color wheel, and then the three colors are projected on the DMD chip. To the image. 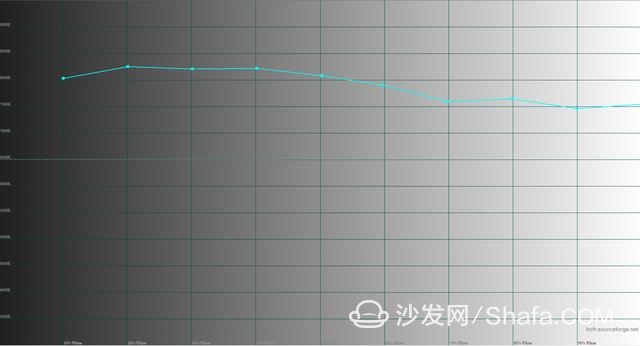 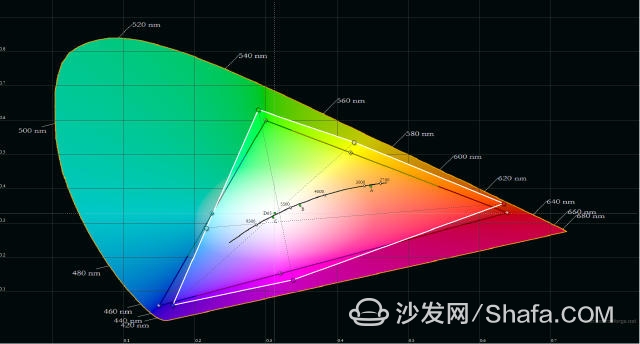 The Blu-ray player Opto BDP-103D was connected to the Optoma LCT100 laser over-the-studio cinema to watch several Blu-ray movie clips. These few clips gave me the impression that the brightness was good, even if I purposely opened the curtains to simulate The ambient light of the living room still does not affect the definition of the picture quality, and the viewing angle is large. In terms of color, although the test data shows that the blue color is somewhat high, the screen is basically invisible and the color saturation is also good. To say that the picture quality is flawed is that the black color of the picture is not sinking, resulting in the details of the dark scene, but some are gray. 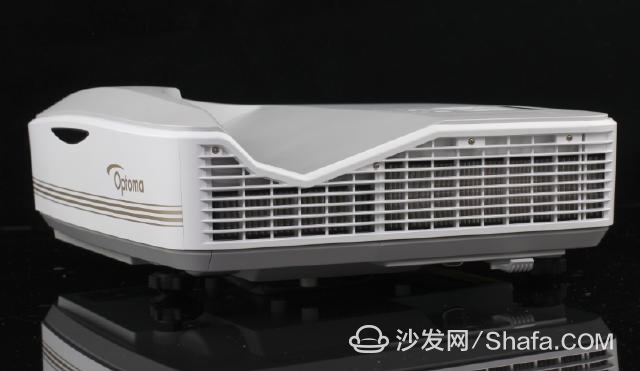 In terms of comprehensive test data and actual perception, the picture quality of the OCT LCT100 laser over the living room cinema is actually beyond my expectations. Why do you say that? Because in my anticipation, the quality of such a projector is not actually a prominent part of it. It highlights the provision of a living room theater solution that delivers a large picture at a short distance in the living room. The performance of the LCT100 in terms of picture quality shows the abundant strength that Optoma has accumulated in the field of deep ploughing projectors for many years. However, the picture quality of the Optoma LCT100 laser-overshoot living room cinema still has a lot of room for improvement. After all, this is just the beginning of the laser light source application in the home projector field, and this is also the first to launch Optoma code in the living room laser television. One, I believe follow-up products will be even better.