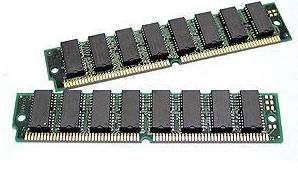 Research by DRAMeXchange, a research division of TrendForce, a global market research organization, revealed that as DRAM suppliers continue to transfer production capacity out of standard memory, the buyer is trying to avoid the possibility of follow-up shortages in the second quarter after the follow-up output is not clear. The traditional off-season has increased the inventory level. The mainstream DDR3 4GB rose by a monthly increase of 13%. It has risen 70% in five months. It is expected that the short-term gains will continue. The second quarter will become the most significant increase in the average sales unit price this year. Quarter.

The highest price of DDR3 4GB last month has reached the price of 27 US dollars, up by about 13% compared with the previous month, in the case of continuous rise in the contract price for 5 months, it has risen more than 70% so far; the average price has come to 26.5 US dollars, Volume should not be underestimated. The increase is expected to continue in the short term. The 2GB module is also in the same condition, coupled with the recent reduction in the 2Gb particle output. The price rose by 9% from the previous month and reached a maximum of 15.5 US dollars.

For the DRAM industry, the increase in standard memory prices in the second quarter will further affect the growth of mobile memory and server memory, which is expected to be the most significant quarter of the average sales price increase in 2013.

On the demand side, the PC market in the second quarter is still light, and the new generation of Intel's chipset Haswell is expected to be launched in June, but observations on the companyâ€™s shipment estimates are made to the end consumers. Stimulus may be limited, TrendForce estimates, NB shipment growth in the second quarter will only reach 4.1%, which is different from the traditional quarterly shipment growth of about 10% in previous years.

Therefore, although the increase in standard memory has not dropped slightly, this wave of gains is related to the replenishment strategy of PC OEMs. It does not come from the actual demand side. Therefore, the price trend of standard memory in the second half is still to be furthered. Observe that after a slight balance between supply and demand, any change in the market may cause a price shock that triggers the whole body.

Our well-equipped facilities and excellent quality control throughout all stages of production enable us to guarantee total customer satisfaction. Besides, we have received CE, CB, RoHS and CCC certifications.

As a result of our high quality products and outstanding customer service, we have gained a global sales network reaching America, Asia, Europe, Africa, the Middle East and other countries and regions.

If you are interested in any of our products or would like to discuss a custom order, please feel free to contact us. We are looking forward to forming successful business relationships with new clients around the world in the near future.