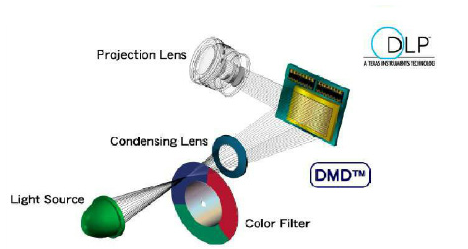 Why is 3LCD brightness (color brightness) higher than DLP?

Start with the imaging principle. DLP relies on refraction, generally red, green, blue, white (usually available in commercial, not in home theater) several color wheels, only one color can be refracted at the same time. 3LCD is transmitted, and it can transmit red, green and blue at the same time. When I want to see yellow, DLP needs to refract red for a while, refract green for a while, and 3LCD transmits red and green for the whole time. Therefore, the 3LCD color brightness is higher and more vivid. For this reason, the commercial DLP has added a white color wheel, in order to increase the brightness, but this has caused the color not to be full. It is also because DLP can't refract multiple colors at the same time, so it is not efficient, resulting in the same lumens of the machine, DLP needs a more powerful light bulb.

The brightness of each color is standard, too high and too low are not right. If there is a color management function for the projection, after professional adjustment, the standard color can be realized. DLP is easier than 3LCD calibration, which is due to the higher color brightness of the 3LCD.

Of course, there are a lot of high-end models, no matter what kind of technology, there will be at least a set of preset modes set according to the standard color, so that it is even more difficult to judge the quality of the technology.

Black is black enough to be deep enough, black is high black is particularly black, not high enough is black gray. Contrast is the interval between blackness and brightness. The light and darkness relies too much on the gray scale, which is determined by the gamma curve. High contrast and many gray levels are the best results.

Many people in the jar said that the DLP black level is better than the 3LCD, and the DLP dark details are good. But ProjectorCentral commented that the 3LCD of the home theater relies on "inorganic LCD panel and auto-iris technology" to have "better overall contrast performance and deeper black levels than DLP models", and small-sized boasting inorganic panels "to achieve higher contrast The reason is partly because the default position of the liquid crystal is off (ie, black), which needs to be turned on with voltage. This is the opposite of the traditional organic LCD panel, where the default position of the liquid crystal is turned on (maximum brightness pass-through), but Turn it off with voltage.".

I checked, ProjectorCentral wrote in a review in 2009 that in 2008 only two 1080p low-end projections used organic panels. Is the current model already using inorganic panels? Is it better to use the dynamic aperture model than the DLP?

I recalled that the DLP black position is good in the jar, and it is all about the hd33. Then turn ProjectorCentral's evaluation of hd33 and 3010. Hd33, "Compared with the competitive model at this price point, the dynamic range is solid, with a high light and black level." 3010, "The price of high brightness is the degradation of the black level, which is almost inevitable for high-brightness projectors." "In dark scenes, thanks to the automatic aperture, the 3010 has a deeper black level than the HD33. In the scene with average illumination, the HD33 takes the lead with a deeper black level and a high light that can be compared with the 3010. In bright scenes, the HD33 maintains a darker black and the 3010 has a bright and bright highlight." . 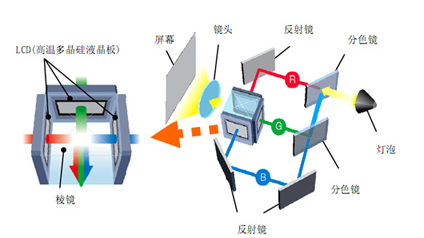 What is the crystal lattice of 3LCD, does DLP have no pixels?

Many people say that they are most disgusted with 3LCD sharpness, and there is a lattice near it. But ProjectorCentral's view is that "a historical advantage of DLP over LCD is that DLP images have a lesser degree of pixel structure. Pixels tend to give sharper clarity to an LCD projector, but they also produce more on the image. For obvious pixel structure.".

In other words, the sharpness of 3lcd is good, but the pixel structure is obvious. Does DLP have no pixel structure? In fact, DLP has the same pixel point, but it is better than 3lcd in "the gap between pixels". It is a large pixel and a small gap, which makes it look more comfortable.

After reading the analysis of the previous question, it is natural that the 3LCD has a high sharpness. "Since LCD's pixel structure is sharper than DLP's pixel structure, LCDs tend to present sharper images.", "In higher resolution products, the difference in sharpness is small, For the video display of 1080p products, there is no problem at all." So 1080p does not have to worry about the sharpness problem, and I think that the DLP pixel is large and the gap is small.

Why does DLP have a rainbow, 3LCD does not?

After reading the imaging principle above, you will understand that DLP can only refract a color at the same time, and the next moment may need to switch to refract other colors, so that multiple colors will be produced at one point, and the rainbow will be felt when the human eye sees it. . If the color is switched fast enough, the human eye will not be able to detect it. It will not be considered that red and green appear at the same time, but yellow. So the high speed color wheel can solve the rainbow. Generally speaking, the 6x speed color wheel has no rainbow. For insurance, you can check the real machine effect.

Is it said that 3LCD life is lower than DLP?

3LCD has the problem of aging of the LCD panel, and the moderator of the jar also deliberately opened high altitude in order to alleviate aging. However, the elimination of electronic products is fast, many people have not changed the light of a light bulb, and no one takes a projector as a family treasure.

It is said that 3LCD has dustproof problems?

The 3LCD optical path engine is not sealed, so there will be ash problems, so the filters are all equipped, but be sure to periodically remove the dust (recommended for 2 months).

DLP has no maintenance concerns, and the image chip is sealed. However, there are many people who are in the DLP, and many models add dust hoods because of the ash problem. Therefore, please pay attention to this problem when purchasing the machine, the low-end province can not pay attention to the additional models.

What is the convergence problem?

â€œAll projectors that use three-chip imaging devices, whether LCD, DLP, or LCoS, must have all three devices perfectly aligned so that the red, green, and blue information for each pixel can be aggregated. Since then, these three-piece systems have failed to align. From time to time, there will be a slight convergence error in a new machine that has just been shipped out. Convergence errors will make the projector's image softer and produce what should not happen. The color image is wrong."

3LCD has this problem, the form of expression is close to (within 2 meters), you will find that the edge of the font is red or green. The perfect party to buy the first projection must pay attention to this issue in advance. Although it can be alleviated by correcting the LCD panel, it is hard to say that there is a perfect convergence. Please perfect party choose single DLP model.

Which is better for 3D effects?

First of all, the 3D effect depends more on the source of the film. If the source is poor, it will not produce good results. Some sources have a poor stereoscopic effect, and some sources are particularly dark (the Avengers feel dark when they go to the cinema).

3LCD is more prone to crosstalk than DLP because of the delay in liquid crystal. In order to solve the crosstalk, the opening time of each eye of the shutter can be shortened. Generally, the 3LCD has a setting for the transmittance of the glasses (bright, medium, and dark). But even then, objects with large contrasts will still appear ghostly. And DLP is perfect so you don't feel crosstalk.

3D requires high brightness. Poor shading, unconfigured high-gain curtain environment, and the need to cast large feet require special attention. Not enough brightness will make you unable to read it. At this point, 3LCD is better than DLP. Therefore, if you choose a DLP machine, you must choose a model with sufficient brightness.

In addition, you don't have to expect HTPC to increase the 3D brightness. It is nothing more than changing the gamma curve, that is, the light and dark transition makes the picture look brighter. The projector with gamma adjustment function also does the same. The maximum brightness and minimum brightness cannot be adjusted by the playback device.

What else to consider when choosing between DLP and 3LCD?

The DLP zoom range and lens shift limit are relatively large. However, most 3lcd low-end models do not have the function of horizontal shifting, so it is necessary to look at the specific extension type.

The DLP is smaller and lighter, and the 3LCD is bigger and heavier. Note that the size of the machine may also affect the final cast size.

The advantages of 3LCD are brightness and ease of installation, while DLP's advantages are grayscale and 3d without crosstalk. DLP is more advanced than 3LCD overall. For DLP with good screen and good screen, it will achieve excellent results. For the poor shading and the larger screen, sometimes only 3LCD can be selected. The choice of low-end models is nothing more than a balance of choice for the two problems. On a certain level, it is basically the choice of DLP and LCOS. The higher nature is 3DLP. 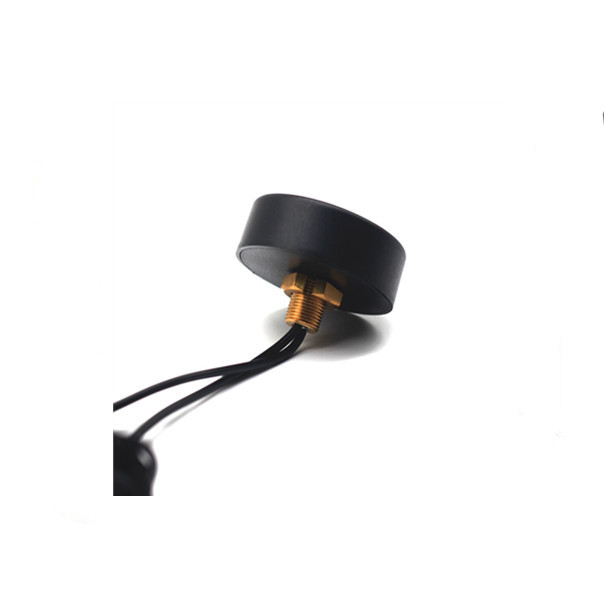 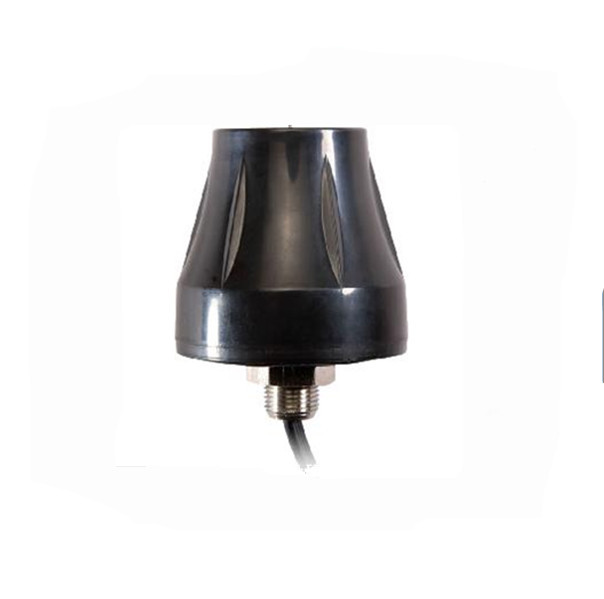