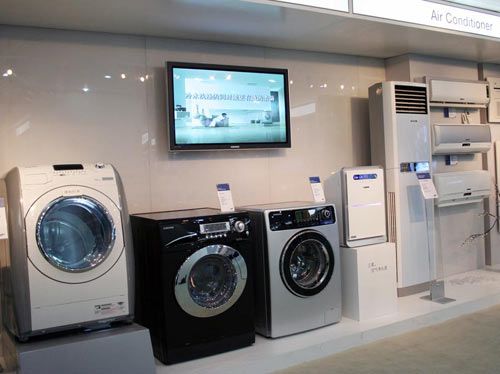 From the data of the first 10 months, the adjustment is the keynote for home appliance owners in 2012. In 2012, China's home appliance industry mainly exhibited the following characteristics:

First, the domestic market has dropped significantly. According to Ovid Consulting's market survey, the sales of major appliances in the first three quarters of this year experienced a 12% to 20% decline. Although the decline narrowed quarter by quarter, it still did not get out of the decline. According to Ovid Consulting, the sales of refrigerators and washing machines fell by about 12% in the first three quarters of the previous year, and the sales of air conditioners decreased by 20%. The arrival of the air conditioners improved slightly in October, during the National Day and Mid-Autumn Festivals, the household appliance market Sales volume of refrigerators and washing machines increased by 2.5% and 2.2% respectively, and sales of air conditioners decreased by 12.2%.

Second, the growth rate of major economic indicators fell sharply. According to the statistics data of 2469 household appliance enterprises above designated size from the National Bureau of Statistics, from January to October, the total output value of the home appliance industry was 91.9 billion yuan, an increase of 10.7%; the industrial sales value was 900.8 billion yuan, an increase of 9.6%; The value of goods was 254 billion yuan, an increase of 5.3%. The growth rate fell by about 12 percentage points from the same period of last year and was about 9 percentage points lower than the average increase during the "Eleventh Five-Year Plan" period. Affected by sluggish market demand, the production of home appliances in the first half of this year was in a poor state, and the output of most products declined.

Third, the export of some products has declined, and the export volume has kept growing, and the increase has fallen sharply. From January to October 2012, the cumulative export value was 42.7 billion U.S. dollars, an increase of 7.6%, 12.8 percentage points lower than the same period of the previous year; compared with the 17.6% increase in 2011 and the average increase of 14.5% during the "Eleventh Five-Year Plan" period, they fell back. 10% and 6.9 percentage points. Last year, exports of ultra-high growth products such as air conditioners and small home comfort appliances showed a negative growth this year. In the export market, the Japanese and US markets have grown steadily and exports to Europe have fallen by 3%.

Fourth, the economic performance is still good. As the price of bulk raw materials dropped steadily, cost pressures continued to ease. In 2012, the economic benefits of the home appliance industry improved. It is estimated that in 2012, the industry's total industrial output value can reach 1.2 trillion yuan to 1.25 trillion yuan, an increase of 10% to 11%; industrial sales value of about 1.1 trillion yuan, an increase of 10%. In the whole year, the output of major appliances and exports were roughly the same as last year, or slightly increased or slightly decreased, and the range was floating within the range of Â±5%, which is still at a historically high level.

High-end products are looking forward to the upgrading of hot industrial structures will be the main theme of the growth of the home appliance industry in 2013 and to a considerable extent in the future. Technological innovation and industrial upgrading will be the main driving force for the growth of the household appliance industry in the future.

In 2013, the development of the home appliance industry will still face some unfavorable factors. The sluggish residential market and consumer overdraft are the main reasons for the decline in production and sales in 2012. In the second half of 2012, the monthly sales area of â€‹â€‹commercial housing began to rebound. After the fourth quarter of the year, the protection of the housing market will have a positive impact on the market, but it is still unrealistic to completely change the market. These factors will continue to play a role in 2013, but the impact has weakened. In addition, factors such as weak global economic recovery, political situation and turmoil in the currency market affecting exports, overcapacity, and increased competition from companies will all affect the future development of the home appliance industry.

First of all, China is in the period of urbanization. In the long run, rigid consumption is still rising. Despite the severe competition situation at home and abroad, from the perspective of medium and long-term development trends, China is still in a period of historical opportunities for modernization, industrialization, and urbanization. The 18th National Party Congress emphasized the comprehensive construction of a well-to-do society, coordinated the development of urban and rural areas, and increased efforts to improve peopleâ€™s livelihood, providing good external conditions for the sustainable development of the home appliance industry. At present, China's urbanization rate is 51%. If we increase the annual percentage by 0.5% and achieve 60% of the target, at least 10 million more urban residents will be added each year in the next 20 years. Although the stagnation of the residential market will be temporarily affected, the rigid demand of the market guarantees a certain potential for growth. In addition, from 2011 to 2015, Chinaâ€™s population in the age of marriageable age has an average annual population of 24.57 million people entering the age of marriage, and more than 1,200,000 families have been newly established, which is approximately 4.2 million people and more than 2 million more than the previous five years. Families. The newly-married family is the main group of home appliances purchased for the first time, and this rigid demand is still the driving force for the growth of domestic demand.

In addition, the decrease in inflation, the correction of raw material prices, and the slower rate of increase in labor costs have eased the pressure on operating costs.

Based on the above circumstances, it can be determined that the worst external environment of the home appliance industry has changed. In 2013, development will be realized in the adjustment with a moderate growth rate. The situation will be better than in 2012, and consumption upgrade is the main theme for the growth of the home appliance industry.

All auto filters are designed to prevent harmful debris from entering any parts where air and fluid flows, including your engine, radiator, fuel lines and more. Once a filter is no longer performing its intended function, decreased performance-even engine damage-can result.

When your air filter is dirty, your engine is forced to work harder, resulting in poor fuel economy, higher emissions and, possibly, a loss of engine power. In turn, as a worst-case scenario, a clogged Cabin Air Filter can lead to under-performance of the A/C system, causing weak air flow from the cabin vents. It can also lead to unwanted, unfiltered air in the cabin. As for a mucked-up fuel filter, that`ll land you with a weakened fuel supply to injectors, a reduction in engine power, poor acceleration and lousy fuel economy-not to mention a potential breakdown.

They protect vital car parts by keeping harmful debris at bay so your car runs right. Filters also ensure your car runs more efficiently. The cleaner your filter, the more it allows for the maximum flow of air or fluid through the system. Like a clogged drain, a dirty filter starves the system of the vital air or fluid and makes each system it protects work harder to do its job. Once filters are dirtied, they should be replaced.

it`s recommended that you get your filters replaced every 12 months or 12,000 miles, but check your owner`s manual for specifics about your vehicle`s filter replacement schedules.