Microcontrollers (MCUs) that are widely used in automotive electronics are rapidly experiencing time and cost pressures. The main advantage of using MCUs has always been 'creating high-end system integration with high cost performance'. However, under this advantage, there are some potential costs associated with the component itself that are above its unit price level. For example, if the components selected do not create the desired characteristics, external logic, software, or other integrated components must be added.

Moreover, the current automotive terminal market is not uncommon for demand changes, and MCUs soon become inapplicable; many MCUs with specialized features and a fixed number of dedicated interfaces cannot meet market demand after a short evaluation. As a result, system vendors have had to redesign their hardware and write related software, and in some cases, even have to replace the processor core.

MCU manufacturers are being forced to face challenges that will have a huge impact on the entire market. MCUs are components designed for the application; new components with different performance combinations must therefore be designed for individual applications. To meet this vast market with a single core architecture, manufacturers must offer a variety of MCU families that offer different interfaces and functions. Most of the examples on the market show that the current combination of features cannot specifically meet the needs of customers. In order to be mass-produced, new interfaces and functions must be changed on a specific core architecture.

The past MCUs were implemented with old technology and relatively low manufacturing costs, which was a successful method in the past. But now, in order to achieve higher-order system integration, manufacturers continue to adopt advanced process technology, and the cost of developing new variant MCUs has become considerable. Since only a few customers place orders, it is no longer commercially meaningful to produce such a special component to meet the needs of a single customer.

As a result, the new variant MCU is designed to be increasingly rich in features to appeal to the overall market, and it is moving toward standard products and is no longer a component for specific applications. However, although these standard products are very powerful, their costs have increased substantially, and it has become more difficult to meet cost-sensitive markets such as automotive electronics.

In addition to changing the root cause of the problem - the fixed function on the wafer, we have no choice. Obviously, we need a new design approach. 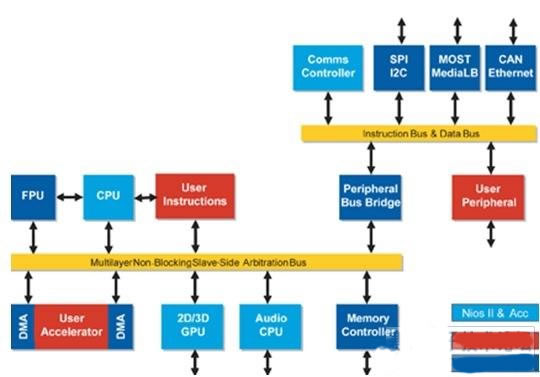 Figure 1: This car infotainment platform has multiple subsystems, a scalable interface, and functionality.

The way to break this deadlock is to use FPGAs to implement flexible functions on the chip. FPGAs can significantly reduce engineering development time and reduce multiple wafer rework costs, providing a powerful and viable alternative to MCUs. For example, an FPGA-based approach to developing a flexible mapping system for car audio and navigation equipment can reduce development time by six months.

Unlike MCUs that do not have the required features, the FPGA can be programmed and adapted as needed during the design process to speed up prototyping and time to market. If the demand changes, the FPGA can also be upgraded in the field - even if the component is already installed in the product.

Compared with traditional controllers, FPGA has become the main design method adopted by automotive graphics controllers. Although low-cost FPGAs designed for independent functions such as graphics can be widely accepted by the automotive market, in order to achieve programmability, huge investments in wafers are still required, so the complex functions of amplification will also make them programmable. Component prices tend to be expensive.

But with the current seamless transition from FPGA to structured ASIC, a flexible microcontroller has been competitively priced from a pre-defined large component library and scalable building blocks. Can also specifically meet customer needs.

The main difference between it and the traditional MCU is the seamless conversion process from the prototype FPGA to the final MCU. The CPU and bus architecture are unique to the flexible MCU concept and, for specific customer applications, they map the specific functions and features required into the design. 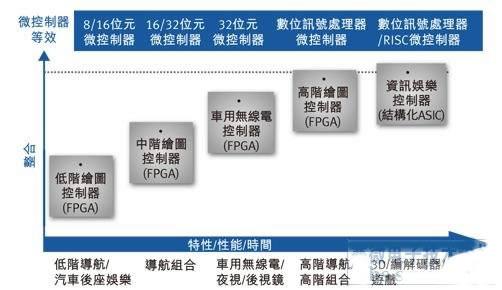 The CPU used in the Altera design concept is a soft RISC processor. However, unlike the general case, the processor is not built into a pre-set, unchangeable wafer. Instead, it is based on the system architect/design engineer, automatically generated by the specifications defined by the available tools, and loaded into the FPGA at the same time as the rest of the logic required for the entire circuit. Therefore, for specific application requirements, the processor core can be parameterized using relevant development tools. More importantly, it seamlessly implements the design based on the required functionality and the logical resources needed to implement those required functions.

In Altera-based flexible MCU applications, the Nios II embedded processor features a standard RISC architecture with 32-bit independent address and data bus. Both bus bars are executed through independent cache memory and can be continuously fed to the busbar system independently. Finally, the system architect decides to use separate memory or both memory for the code and data. The functional units contained in any processor are presented in the Nios II embedded processor and their characteristics are determined according to different settings. For example, a hardware multiplier, a barrel shifter, and a hardware divider can be selected as options. Similarly, the instruction and data buffer memory can be accurately processed, and the size can be different or completely excluded.

Traditionally, a single bus has been used in the MCU, and an arbiter is used to monitor the bus to make the bus a decentralized resource. The busbar with the book's resources as a system center quickly became a bottleneck, and this arrangement caused serious damage. As a result, multi-layer busbar architectures have begun to be adopted in newer systems, especially on system-on-a-chip (SoC) where many busbars work in parallel. At present, the bus organization structure of the FPGA is also carried out on a similar principle. The difference is that the number of layers presented in other multi-layer bus bars is fixed, but the FPGA bus bar construction allows the user to freely select the number of layers according to requirements.

When considering electromagnetic compatibility (EMC) and power consumption issues, it is sometimes reasonable to attach a peripheral module that is different from the overall system execution power. For example, executing a memory interface at a higher speed will shorten the access time while the rest of the system will operate at a lower clock rate. Another option is to integrate multiple modules where the relatively low clock is sufficient.

To meet EMC or power requirements, high-end system design tools such as SOPC Builder can be used to easily separate these parts from the parts of the system that operate at very high frequencies. These tools automatically generate the logic needed to synchronize these different clock domains, and the designer simply specifies which modules to execute in a particular clock domain.

Since the complexity of automotive MCU systems is much higher than that of pure graphics controllers, FPGAs are mostly used for prototype logic generation. Prototyping with FPGAs can significantly reduce development risk because it provides comprehensive verification, firmware development, and field testing capabilities. In addition, by using FPGAs to generate prototypes, designers can execute components in a 'in-system' manner and operate in real-world situations to identify potential design flaws that were not detected during simulation.

Field testing with a real system can help identify system or component defects that cannot be found in the lab. In many cases, it is indispensable for a salesperson to have a display system in order to convince a customer to place an order in advance.

And some features and functions that were not in the original specification may also be necessary. Whether it's a defect that hasn't been discovered before or a new feature has to be added, the prototypes generated by the FPGA can be quickly modified without having to spend huge engineering costs or enduring long manufacturing cycles.

The final step in the flexible MCU concept is ASIC development. Once the prototype system is built and tested, you can begin to transform your design into a structured ASIC. For example, if an Altera component is used, the design is immediately converted to a HardCopy structured ASIC component. Unlike other structured ASICs, if this design flow is used, there is no need to redesign the synthesis or spend additional verification cycles, since these components use components that are complementary to their FPGAs.

Summary of this article

Functionally-rich components designed for a wide range of applications are also being phased out because they are too expensive. Instead, the flexible MCU concept, by placing it in an FPGA to create a prototype, provides a program that develops just the right MCU for a particular application. Once the design is complete, verification, software development and field testing can be performed immediately during the design process.

For mass production, the FPGA design is mapped directly to a structured ASIC without re-synthesis or additional verification. Not just software development, this approach enables the hardware definition to be in the hands of automotive electronics systems designers. Creates an automotive MCU that can be used in less time and at a lower cost than any fixed-function MCU available today.

The Interactive Touch Kiosk with card reader and camera can be easily installed in front of the classroom.

The 1080P HD resolution brings better display effect, and the double plane has no sharp edge design to prevent collision and meet the school safety requirements;

We have developed a variety of e-courses ranging in size from 10.1 to 43 inches in a variety of styles and functions to create a new visual and educational blend of campus culture.